Iranian officials have reportedly recent allowed the International Atomic Energy Agency (IAEA) to visit the Arak heavy water reactor and expand the scope of their inspections on the Natanz uranium enrichment site. 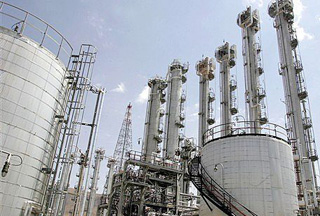 The move was met with optimism by many Western diplomats, who hope it is a sign that the Iranian government is willing to cooperate with the additional protocols sought by the UN Security Council. One Obama Administration official however slammed the move, and insisted that Iran remained ‘non-compliant.’

The Arak visit was the first in a year, and the Natanz agreement simply involves Iran promising to change the work habits of the people on site to make it easier for the already-installed cameras to confirm that the centrifuges are not, in fact, set up to product highly enriched uranium.

Iran has long been compliant with its requirements as an IAEA member, and had been voluntarily cooperating with the additional protocols, even though it disputed their legitimacy. When the IAEA referred the nation to the UN Security Council in 2006, however, a previous parliamentary measure obligated the government to cease its voluntary cooperation with additional protocols.

Iran has been enriching uranium to low levels for the production of energy in its soon-to-be-completed Bushehr nuclear power plant, and the IAEA has repeatedly certified that none of the material has been diverted to any other use. Despite this, the US has repeatedly insisted that the government’s non-compliance with the additional protocols suggests a covert nuclear program, though no concrete evidence of this exists and even US intelligence estimates suggest it is not the case.

One thought on “Iran Offers Nuclear Concessions to IAEA”