The top spokesman for the Tehreek-e Taliban Pakistan (TTP) Maulvi Omar has been captured overnight, according to Pakistani government officials. Omar was said to be traveling through the Mohmand Agency when he was captured by Pakistan’s paramilitary Frontier Corps. 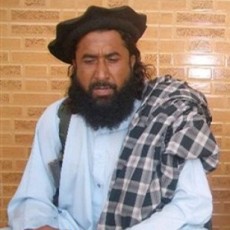 During his interrogation by Pakistani intelligence officials, Omar allegedly confirmed the death of TTP leader Baitullah Mehsud, who was rumored to have been killed in a US drone attack earlier this month. Omar is to be moved to Peshawar, according to the NWFP Information Minister. Omar had previously denied that Baitullah was killed, and also denied that two of his top lieutenants had killed one another. The two lieutenants have since made appearances, but Baitullah, said to have been in poor health at the time of the attack, has not.

But while Omar is the official spokesman for the umbrella group, which is based in South Waziristan, he is based in the tiny Bajaur Agency, where his forces have been engaging the Pakistani military for well over a year. Pakistan officially declared victory in Bajaur in March, but violence has continued and most of the TTP have remained at large.

Omar had long been seen as one of the most moderate figures in the TTP, and had often sought to broker ceasefires with the government, including multiple offers of unconditional peace talks. He also offered to disarm in return for an end to the military’s offensive and offered TTP support in fighting foreign militants. Pakistan agreed to at least one of Omar’s ceasefires, but never abided by it.