Several high ranking Israeli government ministers expressed outrage today at an official statement made during the Fatah Party’s Congress, in which the group claimed that Israel was responsible for the death of former party leader and PA Chairman Yasser Arafat. 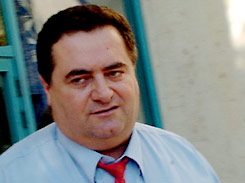 Israel’s Deputy Prime Minister Eli Yishal said the decision was “pathetic” and proved that “there is no room for any negotiation” with the Palestinian Authority. He added that the comments amounted to support for terrorism.

Transportation Minister Yisrael Katz, a close ally of Prime Minister Netanyahu, said that the “Palestinians will not be considered partners for peace talks,” saying they had “revealed their true colors” and calling for harsh Israeli action against them, ominously adding “those who desire war shall get war.”