Following protests in rural Kandahar which sprang from a US air strike which killed four people, three of them children of varying age, NATO has officially disputed the villagers’ claims that those slain were civilians, saying the four killed by the helicopter were “insurgents.” 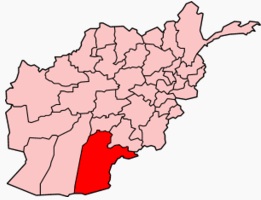 NATO’s official statement says the four killed were carrying “plastic jugs” and that they were assumed to be placing roadside bombs. The helicopter then attacked them with rockets and killed them. This disputes the report of civilian witnesses, who said the four were sleeping when the helicopter attacked their family’s compound.

Denials of the killing of civilians are extremely common in Afghanistan, and officials regularly claim unspecified evidence that those it kills are insurgents or that the number of deaths is being artificially inflated as part of a Taliban conspiracy.

Usually, however, such denials are followed with quiet revisions of the official story months later. In the meantime, the rising civilian toll is creating growing unrest, and the NATO denial is unlikely to quiet the protests.