On January 17, 1991, Navy Lt. Commander Michael Speicher was shot down over the Iraqi desert, apparently by an Iraqi Air Force aircraft. The 18 year mystery of what happened to him after that is finally solved today, as his remains were found at the crash site. 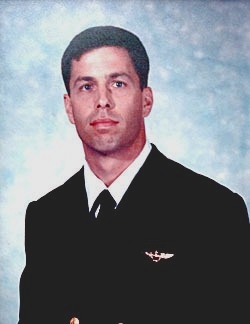 Speicher, who continued to receive promotions after his death rising all the way to the rank of captain, was declared killed in action (KIA) at the end of the 1991 war, but his story didn’t end there. In 2001 the Navy changed his status from KIA to missing in action (MIA), citing “additional information.”

This put a man dead for over a decade smack into the middle of the Bush Administration’s campaign for war. In March 2002 the National Review ran an article arguing that Speicher’s recovery should be an “integral part” of US policy toward Iraq. That same month Undersecretary of Defense Paul Wolfowitz claimed to have “hard evidence” Speicher was alive and in Iraqi custody. The claim was denied by the Iraqi government, but Secretary of Defense Donald Rumsfeld said he didn’t believe anything that government said.

In September President Bush explicitly accused Iraqi President Saddam Hussein of holding Speicher as a prisoner of war, and in October the Navy officially changed his status of missing in action/captured despite admissions that there was no evidence that this was the case.

Though the war he fought and died in had been over for over a decade, Speicher had become a key part of the propaganda battle to support the US invasion. Indeed just two months before US troops invaded and occupied the nation, Defense Department officials leaked an intelligence report that claimed he was alive and had been repeatedly moved by the Hussein government.

Speicher’s usefulness as an excuse to invade was over as soon as American boots hit the ground in March 2003, and so did administration claims about his status. It was only three months later that Secretary Rumsfeld, when pressed on Speicher’s fate, conceded that “nothing had turned up” from the invasion. The final confirmation of that had to wait until today, though 132,000 US troops remain in Iraqi territory, still fighting the war, and officials are left with one fewer excuse for it.