Colonel Timothy Reese, a senior US military adviser in Iraq, has issued a memo urging the US to dramatically speed up its pullout from Iraq, saying it should be announced that all troops will be out of the nation by August 2010. 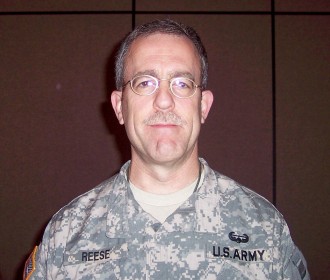 In the blunt memo, Col. Reese says keeping 132,000 US troops in Iraq “isn’t yielding benefits commensurate with the effort and is now generating its own opposition,” he also noted that “guests, like fish, begin to smell after three days,” while reminding the reader that US troops have now been in Iraq for over six years. He also mocked the Iraqi Prime Minister Nouri al-Maliki for “childish chest pounding.”

During the campaign the Obama Administration had originally had a similar pullout strategy, saying they would have all troops out by May 2010. This was quickly revised after taking office, however, to removing all combat troops from the nation. This was further revised to note that the troops remaining would still be conducting combat missions, but wouldn’t be officially called combat troops.

Though his administration has hardly removed any troops at all since taking office, President Obama maintains that the pullout remains “on schedule.” The Reese memo will almost certainly raise further questions of whether that schedule needs dramatic revision, particularly at a time when Maliki is openly talking about keeping the troops in Iraq past 2011.

5 thoughts on “US Adviser: Time to Leave Iraq”