Though their public comments have focused around claims of remarkable success in the ongoing war, behind closed doors President Obama and Iraqi Prime Minister Nouri al-Maliki have been discussing the escalating tensions between the Iraqi national government and the regional government in Kurdistan (KRG). 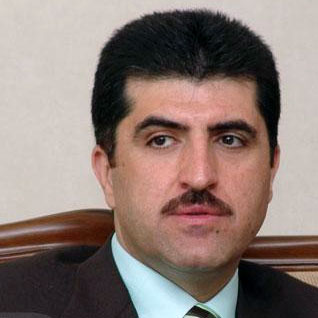 Disputes over territory, disputes over oil, and long-standing resentments have led to what is being described as the worst relationship between Kurds and the national government since the Saddam era. With its own military and considerable autonomy, the KRG is constantly making itself more self-sufficient.

But the KRG parliament has also been trying to annex portions of the Nineveh and Diyala Provinces, as well as Kirkuk. Largely Kurdish regions at one point, the Ba’athist government encouraged Arabs to move to the area to cement his government’s control over key oil fields. The Arab and Turkmen residents aren’t too happy with the prospect of being annexed into the autonomous region, where they would be minorities.

Where all this is leading is anyone’s guess at this point, but for a nation with a stubborn amount of sectarian violence remaining between Sunni and Shi’ite Iraqis, the prospect of an outright conflict between Kurds and Arabs seems all too plausible.

This is true even to officials, as KRG Prime Minister Nechirvan Barzani has warned that the tensions could lead to open military conflict between the region’s Peshmerga forces and the national army. Many in Kurdistan still have secessionist ambitions, and the tensions may lead to a civil war.

One thought on “Tensions Between National Govt, Kurdistan a Key Topic of Maliki-Obama Talks”