According to the Air Force Times, the warplanes over Iraq have been flying fewer missions these days, and in the month of June they actually didn’t drop a single bomb in the nation. The current pace of air missions in Iraq is roughly half of that in 2007 or 2008. 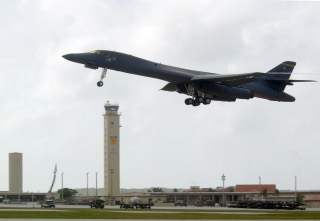 Not that the Air Force isn’t finding plenty of things to do, and plenty of bombs to drop. As the numbers in Iraq have dipped, the figures in Afghanistan have nearly doubled. The much more spread out conflict in Afghanistan has always been much more air support heavy, and combined numbers between the two wars the US is actually flying significantly more missions.

In addition to being the cornerstone of the US strategy, air strikes in Afghanistan are also at the center of opposition to the war as the US strikes have repeatedly killed civilians. Last month one such strike killed at least 10 civilians, including several children.

The fact that the US actually escalated the number of attacks in June is made even more unsettling by the ongoing furore over a US strike in May which killed 140 civilians, the single deadliest incident in the war. While the US was busily investigating the incident in June, this means they were also escalating the number of similar strikes and imperiling the civilian populace.

One thought on “Air Force: Missions Soar in Afghanistan”