On January 11, 2007 US forces attacked an Iranian consulate in the northern Iraqi city of Arbil, seizing computers and files and capturing five Iranian officials, which it claimed were secretly terrorists. The Iraqi government insisted that the consulate had been operating legally for years, and seemed baffled by the US raid. 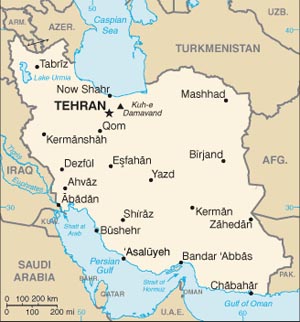 The captive officials have been held ever since as “security detainees,” never formally charged with any crimes and held with virtually no official comment regarding their detention. That silent detention ended today when the Iraqi government requested the detainees be handed over to them. They were sent to a brief meeting with Prime Minister Nouri al-Maliki and promptly released to the Iranian embassy.

The US military reportedly didn’t like it, and believes the detainees remain a danger. State Department spokesman Ian Kelly says that the US has “made our concerns known to the Iraqi government” regarding the release. But at the end of the day, there was no legal recourse for the US. Under the Status of Forces Agreement (SOFA) once the Iraqi government requested it, the US had no basis to continue to extralegal detention.

Though the US government has been on a hostile footing with Iran, which it continues to blame for its woes in the ongoing Iraq war, the Iraqi government of Prime Minister Maliki is actually on very friendly terms with their Shi’ite neighbor, and while the release isn’t much of a surprise given that it seems curious that it didn’t happen before today.