Addressing a report in Britain’s Sunday Times, the office of Israeli Prime Minister Benjamin Netanyahu has formally denied reports that officials in the Saudi government had given the nation the go-ahead to launch an attack on Iran through Saudi airspace. 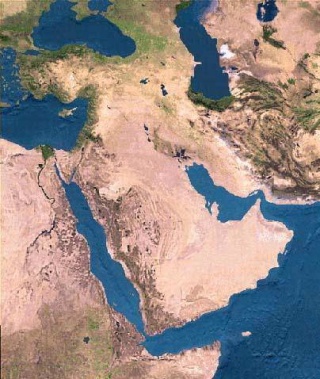 The report claimed that the head of Israel’s Mossad intelligence agency had gained assurances in secret talks held with the Saudi government that they would allow the Israeli Air Force to use Saudi airspace in the long-threatened attack. Israel and Saudi Arabia have no diplomatic relations.

Biden balked at a question about letting Israel use Iraqi airspace for the attack however, saying he didn’t want to speculate about it. Legally speaking Iraqi airspace is under Iraqi control, but in practice they could do little about an Israeli overflight if the US chose to allow it. Speculation that the US might not allow access led Israel to try to gain access to airbases in the Republic of Georgia, though the August war with Russia and continued tensions there may have made that plan unworkable, particularly considering the attack would center around an Iranian nuclear power plant being built not far from Saudi territory by Russia. The Saudi route would perhaps be the most practical, assuming the reports are true.