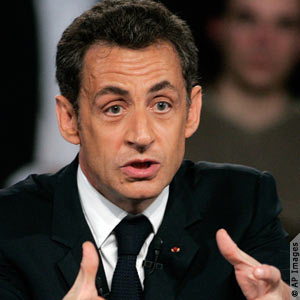 French media outlets reported that Sarkozy said he wanted to schedule talks with Israel’s top envoys during visits of Paris but was uncomfortable with scheduling such a meeting with the hawkish Lieberman, urging Netanyahu to “fire” Lieberman and bring Livni’s Kadima Party into the coalition. Netanyahu reportedly told Sarkozy that Lieberman was a much nicer person in private than his public persona would suggest, to which Sarkozy retorted that French nationalist Jean-Marie Le Pen seems like a nice guy in private as well.

Lieberman’s office called for all Israeli officials to publicly condemn what it called a “callous attack by a foreign state,” but opposition figure Ahmed Tibi, who’s United Arab List party Lieberman attempted to have outlawed before the most recent election, praised the comments, saying they showed the international community was waking up to the dangers of the “fascism” Lieberman represents.