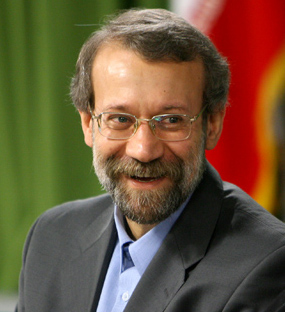 Larijani has taken a very guarded position since his nation’s disputed election. He pushed through a resolution the day after the vote congratulating President Ahmadinejad on his victory, but then boycotted Ahmadinejad’s victory celebration.

He has however repeatedly criticized the US and Britain for their responses to the post-election unrest, and has in particular urged the US to avoid interference in other countries’ affairs. The US has repeatedly condemned the Iranian government for its response to the protests.

2 thoughts on “Larijani: Iran is Not Iraq or Afghanistan”