In an editorial for the Wall Street Journal today, Elliott Abrams, who held multiple positions in the Bush Administration, challenged Secretary of State Hillary Clinton’s assertion that there were no secret agreements between the previous administration and the Israeli government in which the US pledged to accept settlement growth in the West Bank. 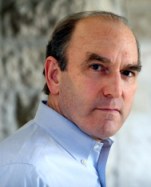 Abrams cites the letter from Israeli official Dov Weissglas to then National Security Adviser Condoleezza Rice as well as the 2003 Aqaba meeting as proof that the administration had indeed reached a ‘tacit understanding’ on the Israeli government’s intention to continue construction in the settlements.

As the Obama Administration began to call for a halt to the construction, Israeli officials insisted that they had clear understandings with the Bush Administration, but that they were never written down. Other Bush-era officials had denied the assertion, saying the claims were “an overstatement” of what the administration had actually promised.

Yet Abrams conceded that there was little the Israeli government could do about what he called the Obama Administration’s “decision to renege” on a “bargained for exchange” in which then-Prime Minister Ariel Sharon would abandon the Greater Israel position in return for promises that the US would not demand a total settlement freeze.