The long awaited US military report on the air strikes in the Farah Province were finally released today, and though the US would only officially confirm having killed 26 civilians in the strike Afghan government officials have said killed as many as 140, they acknowledged that it was possible they killed as many as 86, adding an exact toll would likely never be known. 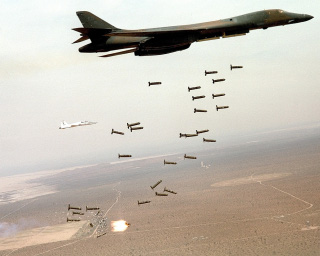 The report goes on to describe the use of B-1B bombers against the villages, which were apparently responsible for the single deadliest incident since the 2001 invasion. It also insisted that troops didn’t follow the guidance on when to call in such an air strike.

Finally, it made some recommendations, including a review of the rules governing air strikes. Admiral Michael Mullen has insisted that despite the apparently disastrous consequences of troops violating the existing rules, it is unlikely anyone will face any disciplinary action over the killings.