Members of the Israeli government are saying that despite repeated claims to the contrary, the Obama Administration is flexible on the question of a settlement freeze in the West Bank and that Prime Minister Benjamin Netanyahu will meet with US envoy George Mitchell to work out a new understanding. 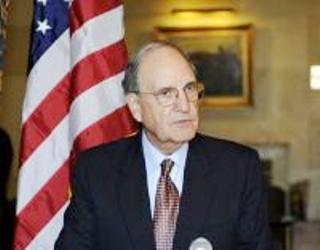 During last week’s visit to Israel, Mitchell reportedly promised that the US would not impose any sanctions on Israel for continued construction in the settlements, but tied US demands for Arab “goodwill gestures” to the nation making some sort of effort to rein in the growth.

The Obama Administration had previously demanded an absolute cessation of all growth in the settlements, saying it would accept no exceptions. The comments led to a series of frank dismissals from the Netanyahu government and public protests against US facilities in the nation condemning President Obama as an anti-semite and an enemy of Israel.

In the end, the US made it clear there would be no consequences for ignoring the demands, and after a few weeks of harsh rhetoric it seems they are poised to drop the matter more or less entirely.

4 thoughts on “Israeli Officials: US ‘Flexible’ on Settlement Freeze Demand”