With US troops planning to withdraw by the end of the month the northern Iraqi city of Mosul, a city which has seen continually high levels of violence the 2003 US invasion, will be turned over to Iraqi troops. Yet Iraqi commanders say the military is unprepared to assume control over the city. 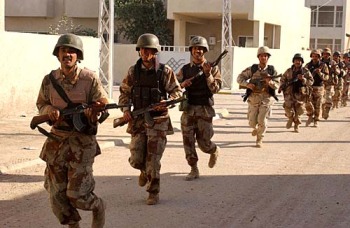 A particular issue is that Iraqi military is seen as heavily politicized, and the officials being deployed to key cities are political appointees whose parties are trying to make a name for them. In many cases this appointees are being placed without any serious experience.

US troops are also critical of the Iraqi army, saying they place too much emphasis on setting up checkpoints on main roads and don’t do enough patrolling. Col. Gary Volesky, who previously suggested that the US troops should stay, didn’t seem concerned however, saying he expected to hear from the Iraqi government if they needed the troops to return.

While most Iraqi cities saw a period of relative calm over the past year, Mosul has had an insurgency which has continued to conduct significant attacks on a regular basis. Though the city is one of Iraq’s most dangerous, the bar for success is also considerably lower, as US troops hadn’t been able to do much to curb the violence either.