The head of the provincial council of Afghanistan’s Kunar Province reported today that a US soldier had thrown the hand grenade that struck a crowd of civilians in a bustling market, killing two and injuring 56 others. 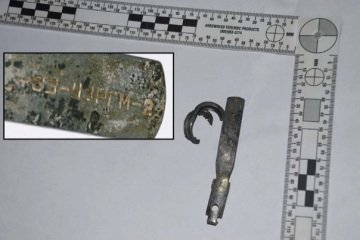 The crowd had gathered around a stalled American military vehicle when the grenade hit. The council chief said dozens of civilians had seen the soldier throw the grenade, calling it “a complete cruel crime against civilians.”

Perhaps sensing yet another public relations disaster, the US quickly disputed the report, claiming investigators had found fragments of the grenade and determined that it was Russian-made, apparently a remnant of the failed Soviet occupation of the nation.

No explanation was given for the number of witnesses who claimed a US soldier threw the grenade, and the report insists Soviet grenades are commonly used by militants. The Kunar Province has been no stranger to violence during NATO operations, and an air strike in April killed six civilians and wounded 16 others.

4 thoughts on “Afghan Official: US Soldier Threw Grenade Into Crowd of Civilians”