Current TV reporters Laura Ling and Euna Lee have been sentenced to 12 years of hard labor by the North Korean government for crossing into its territory. The two were captured in Mid-March by North Korean border guards along the border with China. They were convicted of the “grave crime” of illegally entering the nation, which was labeled “hostility toward the Korean people.” 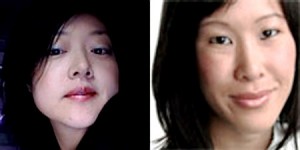 President Barack Obama says he is “deeply concerned” by the sentences, and the administration will use “all possible channels to secure their release.” US influence with the nation is likely not what it once was, as the two have been engaged in a bitter political fight over North Korea’s nuclear weapons program.

Still, experts expect that the pair will ultimately be receive a pardon and be released though negotiations. Former Governor Bill Richardson in particular expressed optimism, saying that with the trial out of the way, the political negotiations can begin.

Current TV is an independent television channel led by former Vice President Al Gore. The two journalists were reportedly researching a story about the trafficking of North Korean women when they were captured.