With less than 36 hours remaining until the start of Lebanon’s hotly contested election, polls continue to suggest that the Hezbollah-led opposition bloc bolstered by its anti-corruption stance will gain markedly, and has a realistic chance of seizing power over the small Mediterranean state. 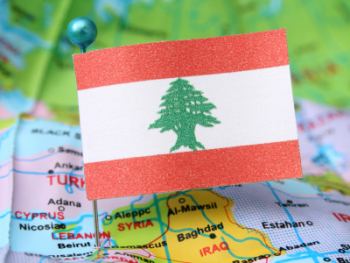 But while the power struggle has focused on the ruling March 14 Alliance, led by the mostly Sunni Future Movement, and the Hezbollah-led March 8 Alliance, the vote is almost certain to hinge on the results among Lebanon’s Christian minority, where former military commander Michel Aoun’s party is united behind the Hezbollah bloc.

Lebanon’s political system is set up to guarantee representation to each religious group. The Sunni bloc will break overwhelmingly for the Future Movement, the Shi’ites for Hezbollah and its allies. This means that, accord to the experts, “this election comes down to a few Christian districts.”

The Future Movement’s popularity is waning to some extent, as what is being called a “campaign of fear” wears a bit thin with its constituency. They offer little except anti-Syrian and anti-Iranian sentiment, and their message is that a vote for the opposition is tantamount to a vote to “hand the country over to Iran.” 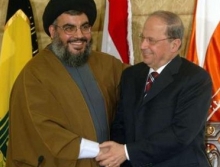 By contrast Hezbollah has run an uncharacteristically upbeat campaign, with the Christian Aoun out front as a symbol of religious reconciliation. It seems set to dramatically increase their power, but will it be enough to make them the ruling party?

If so, the United States will be left in an uncomfortable position. Last month Vice President Joe Biden visited the nation and as much as said US foreign aid hinged on the ruling bloc winning. But experts are saying while the US would almost certainly pull military funding in the event of a Hezbollah victory, they will be unwilling to completely disengage from the nation, for fear Iran will eagerly take their place.