Officials say that since early Thursday, at least 64 have been killed in Afghanistan. The military insists that the bulk of those killed in the latest upswing in violence were militants or suspected militants, with only 11 of the casualties labeled as Afghan soldiers or civilians. 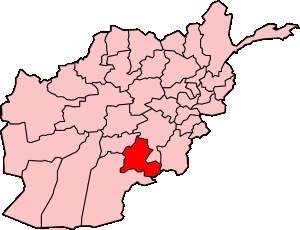 The biggest incident involved an ambush in the Zabul Province, in which at least 35 militants were reported killed. 13 others were wounded, and are now in the custody of the Afghan army. Other clashes occurred across Afghanistan, everywhere from the northwestern Badghis Province to the Paktika Province, which borders Pakistan’s restive Federally Administered Tribal Areas.

Only yesterday NATO’s deputy commander, British Lieutenant General Jim Dutton, predicted that the US surge in the nation would lead to a jump in violence. With most of those troops yet to arrive on the scene, it seems the level of violence is already on the rise.

2008 was the deadliest year in Afghanistan since the 2001 US-led invasion. The first few months of 2009 are already well ahead of that record pace, and virtually every prediction regarding it sees that trend continuing, if not worsening, throughout the year.