With the fallout from the massive Farah Province killings of two weeks ago yet to be fully realized, another coalition air strike has killed eight civilians in the southern Helmand Province. Patrolling troops came under gunfire and ordered a bombing on the village. 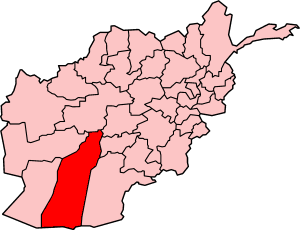 From the official statement it is unclear which nationality the troops or the warplane were, but Helmand Province is where virtually all of Britain’s troops in Afghanistan are stationed. The statement claimed the civilians were being used “as human shields” and said their killing by a NATO warplane “shows the insurgents’ blatant disregard for the lives of Afghan people.” They also added that they wouldn’t have bombed them if they had known they were civilians.

The Farah Province attack killed roughly 140 civilians, with 95 of them children under the age of 18. The United States is now claiming that most of those slain children were in fact militants, and that only “20 to 30” of the people slain in the massive strike, the deadliest single incident since the 2001 invasion, were actually civilians.

In Afghanistan, domestic outrage over the growing civilian toll of the NATO bombings has led President Hamid Karzai to demand an end to all US air strikes in the nation. The US has made it clear, however, that such attacks will continue.