The Russian government has issued a sweeping new security document today covering the national security strategy through 2020. The document pointed to NATO in general, and the United States in particular as national security threats. Russia says it intends to avoid a new arms race. 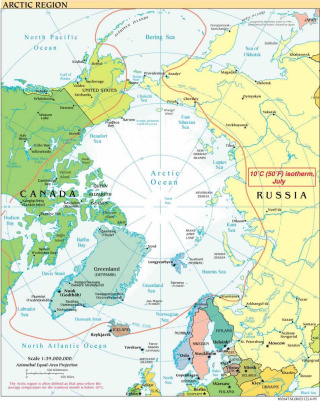 The document declared that it was “unacceptable” for NATO to continue its eastward expansion, and expressed concern about the potential membership of nations bordering Russia, presumably referring to prospective members Ukraine and Georgia.

It also criticized “the unilateral formation of global missile defense” as a military threat, a reference to the controversial US missile defense program being set up in Eastern Europe. Though the US insists the program is directed against Iran, it is well outside the range of Iran’s best missiles and near the Russian frontier.

The report also warns that in the next decade a battle for ownership of oil and gas fields around the Arctic Circle may lead to military confict. Analysts in Canada are calling the report a wake-up call for the nation to prepare for conflict in the north.

2 thoughts on “Russian Report Points to US, NATO as Security Threats”