Pakistani President Asif Ali Zardari has vowed to continue the war in the Swat Valley until the lives of residents of the area return to normal. So far the war seems to be bringing the Swatis further and further from that coveted normalcy however, and the United Nations says a million people will eventually be displaced. 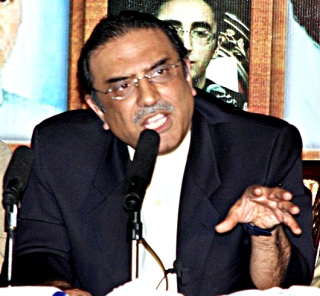 Interior Minister Rehman Malik seemed quite pleased with the progress, saying the military had been successful in Swat, Buner, Lower Dir, and the Federally Administered Tribal Areas (FATA). The last assertion was perhaps the most surprising, as the nation has been struggling with its military operations in FATA for years with little to show for it but a lot of dead tribesmen and a huge, uncontrolled border region.

Malik is now demanding that the various militant factions in the area surrender immediately, saying their days are “numbered.” While around 140 have been killed in the offensive so far, it has chiefly been along the periphery of the valley, while they still hold wide swaths of control in the major cities.