With the eyes of the world on Yemen and officials pointing the finger squarely at the al-Qaeda in the Arabian Peninsula (AQAP) group based in the nation’s south, Yemen’s government is cautioning against jumping to conclusions, and denying that the bomb plot packages came from Yemen at all. 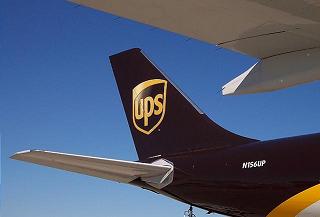 “No UPS or DHL cargo packages heading to Chicago through Yemen took place in the last 48 hours,” insisted Yemenia Airways’ Air Cargo Director Mohammed Shaibah. Officials with the nation’s Civil Aviation Authority insisted that ono US cargo aircrafts left the nation at all in the past 48 hours.

All reports have indicated that the packages were marked as having come from Yemen. It is unclear exactly how to reconcile this with the Yemeni government’s claims that they couldn’t possibly have originated there.

The various “suspicious packages” included some which tested positive for explosives and others with included printed circuit boards and wires. The exact nature of the plot remains a mystery as officials are still examining all of the devices and running tests on the apparent explosive payloads. Whatever the case, it seems clear the Yemeni government is eager to deflect attention.