German President Horst Köhler announced his resignation today, putting a surprising end to his six year term in office following growing uproar over his comments defending the war of Afghanistan. 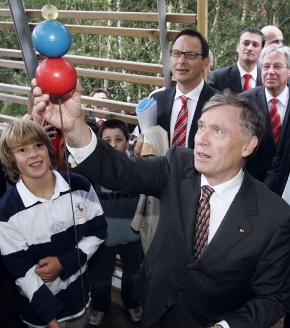 In a weekend radio interview, Köhler insisted that the war was necessary to protect German economic interests in the region, including trade routes.

Köhler subsequently lashed out at domestic criticism of his comments, saying that the media had not “shown the respect due to me as the holder of the highest office of state.” In the end, however, the outrage was becoming a liability to the Merkel government, and he announced his resignation.

Germany’s role in Afghanistan has been a source of enormous domestic controversy, as Germany’s constitution specifically rules out participation in such a war, prompting many officials to claim that it “technically” isn’t a war, and that the constitutional limits don’t apply.