The United States would lose Saudi Arabia as an ally if it blocks the Palestinian bid for statehood at the United Nations this month, according to a New York Times piece written by a senior Saudi official. 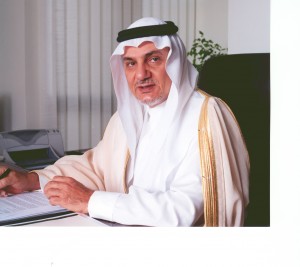 “Saudi Arabia would no longer be able to cooperate with America in the same way it historically has,” Prince Turki al-Faisal, the former Saudi intelligence chief, wrote in an opinion piece that was officially sanctioned by the monarchy. “Saudi leaders would be forced by domestic and regional pressures to adopt a far more independent and assertive foreign policy.”

The Obama administration has been firm in denouncing Palestinian attempts to generate support for its bid for statehood and has promised to veto the resolution at the Security Council this month.

If the US follows through on that promise, wrote al-Faisal, “Saudi Arabia would pursue other policies at odds with those of the United States, including opposing the government of Prime Minister Nuri al-Maliki in Iraq and refusing to open an embassy there despite American pressure to do so. The Saudi government might part ways with Washington in Afghanistan and Yemen as well.”

Prince Turki al-Faisal stressed that the starting point for peace must be a two-state solution based on the pre-1967 borders, something the US and Israel have slighted for decades, and still in the Obama administration.

43 thoughts on “Saudi Official: US Veto for Palestinian State Will Cost Saudi Alliance”