Palestinians in Gaza have acquired anti-aircraft and anti-tank rockets from Libyan rebels during its six-month civil war, enlarging but not significantly improving their arsenal, Israeli officials said on Monday. 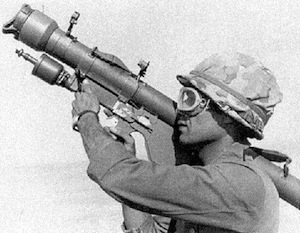 Confirming the fears of many US and international leaders that the chaotic power vacuum in rebel-held Libya could lead to a dangerous illicit arms trade, Israeli officials have detected an inflow of SA-7 anti-aircraft missiles and rocket-propelled grenades (RPGs), over a supply route that opened up between eastern Libya – after it fell to the rebels – and the Gaza Strip via Egypt.

Although it is apparently, according to an Israeli official “not a major qualitative enhancement for them,” they have been seeing more of the weapons come across. Reports from Cairo on Monday surfaced that Egyptian border guards had discovered “a large quantity” of weapons at the border with Libya, giving no more details.

Support for the Palestinian cause among Libyan rebel groups was revealed in State Department diplomatic cables released by WikiLeaks. In one cable, Mustafa Abduljalil, who is now the leader of the rebel Transitional National Council, told US officials the Libyan people were against US support for Israel over the Palestinians.