The 2003 US invasion of Iraq and the eight and a half year occupation were seen as a boon for a number of well-connected US industries. But with the grim war of “liberation” over, US farmers are finding that the new market in rice, far less regulated than in the Saddam era, isn’t suiting them so well. Iraqis are buying their rice elsewhere, and the US farmers are furious. 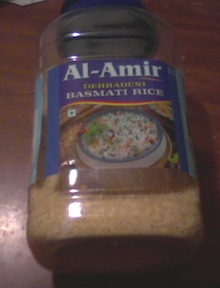 “That’s just not right,” noted one, “they ought to pay a premium for it just because this is the country that freed them.” Another farmer termed the lack of US sales a “slap in the face.” US officials say that Iraqis are “buying on price” and the US is losing out to cheaper rice in Asia and South America.

That’s part of the story, but only part. Some of the long grain purchases that were coming from the US have been replaced by similar rice from Uruguay, but a growing portion of Iraq’s rice imports are coming from India. The Iraqi Trade Ministry says this is because basmati rice from India is simply more popular, and sells better.

This is a big opportunity for India, which is thrilled to have a new export market at a time when Basmati rice is selling at its lowest prices since early 2001. While US farmers may grouse about the unfairness of the situation, the US doesn’t appear to have a way to force Iraqis to abandon Basmati in favor of a US grown variant.