With self-described “patriot” hackers trying to shut down the site in the hours before the most recent series of leaks even started, WikiLeaks has been facing a solid 10 days of efforts both official and unofficial to silence them, and open calls to assassinate the site’s operators. 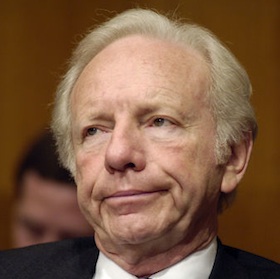 But 10 days later the site is not only surviving, but thriving. Having been abandoned by Amazon.com the site relocated to OVH, and that host is eagerly resisiting French government efforts to oust WikiLeaks from their server.

Even if they eventually succeeded, WikiLeaks has had an outpouring of support leading to hundreds if not thousands of mirrors cropping up. WikiLeaks.Antiwar.com automatically redirects users to the most efficient and up-to-date website based on their current connection.

Efforts to keep the site from fundraising have led to an outpouring of support from other sources, including fledging payment provider Flattr, while the groups have moved against the whistleblower have seen major damage to their credibility, Amazon.com has faced a growing call for boycotts, while MasterCard has seen such bad will that hackers actually attacked their website earlier today.

Sen, Joe Lieberman (I – CT) may have seen some early success in his attempts to censor WikiLeaks, but his increasingly shrill calls to silence anything related to the site (including the New York Times) is becoming the butt of jokes. The facts are clear – efforts to shut down WikiLeaks or other dissident websites may be popular with US officials, but censoring a worldwide information network is a lot harder than they expected.

28 thoughts on “Supporters Foil Attempts to Shut Down WikiLeaks”