It is quite rare that a series of Congressional votes is so convoluted and ill-defined that even those who regularly cover the procedures of the House of Representatives were loathe to cover the late night votes, and even those who hazarded an attempt at explaining what had happened were unable to provide anything but the most broad-brush information.

A series of roll call votes, and President Obama’s “emergency” war funding moves back to the Senate to be reconciled with the House bill, but what does it all mean? How was the war funding passed, and did every Republican in the House really vote against the vote that made it happen?

The vote that passed the war funding, in a way, was Roll Call Vote 428, a procedural vote which passed 215-210, with every Republican voting against it and a number of antiwar Democrats voting in favor of it.

At the time of this vote, 8:02 PM, it was simply about procedure. Yet when Roll Call Vote 430 passed at 10:34 PM, the procedures under Roll Call 428 ensured that the funding was approved, and would go back to the Senate.

Roll Call 428’s procedures insisted that the war funding bill would be automatically approved if any one of several later votes on amendments were passed. Antiwar Republicans notwithstanding, the bulk of Republicans voted against 428 because they wanted to send the Senate bill straight to the president unamended. The administration had asked for the funding before the July 4 recess, an impossibility if the bill had to go back to the already recessed Senate.

Yet after Roll Call 428 retroactively was the war vote, a number of antiwar Dems who voted in favor of the resolution and a number of prowar Republicans who voted against it were also given cover to claim a “nuanced” position on the war, and to argue semi-credibly that they either support or oppose the war, depending on what a particular audience wants to hear. 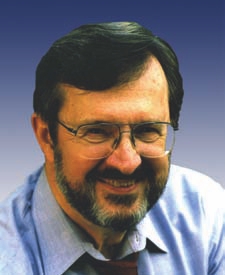 As for the amendments, there were four attempted amendments, one of them passed and three failed. The first of these amendments was the one that passed, the aforementioned Roll Call Vote 430 from Rep. Obey (D – WI).

The Obey Amendment added a litanny of new features to the bill, including $16 billion in new domestic spending (largely on education), and included a handful of non-spending resolutions, including demanding foreign airlines follow an up-to-date TSA no-fly list, and adding another set of sanctions against Iran, this time aimed at preventing them from hiring any contractors that also work for the US.

The second, Roll Call Vote 431, would have stripped all war funding from the bill. This failed horribly, with only 25-376. Oddly, however, some of those who voted in favor of 431 also voted in favor of 428, meaning they could again claim that they voted to defund the war while voting yes on the measure that ultimately funded the war itself.

Roll Call Vote 432, the Lee Amendment, would have approved only limited war funds, only those related to withdrawal related activities. This too failed 100-321.

The final vote, Roll Call Vote 433, was on the McGovern-Obey-Jones Amendment. This could have required two things: it would have required a publicly released National Intelligence Estimate on Afghanistan by January 31, 2011, and would have required President Obama to submit a plan by April 4, 2011 on how he intends to withdraw troops in July 2011. This somewhat closer vote failed 162-260.

The bottom line of all of these amendments was that the president will not get his war funding before the recess, that the bill goes back to the Senate with the Obey Amendment attached, and depending on how the Senate votes, it will either be forwarded to Obama with this amendment or returned to the House for further consideration.

President Obama has threatened to veto the bill if it contains any of the amendments, including the Obey Amendment. It remains to be seen if he will do so, however, if this is the difference between getting his emergency war funding or having to wait.

One thought on “Under Cover of Dark: The House Votes on Afghan War Funding”