Just a few hours after the Iranian government submitted a compromise proposal on the third party uranium enrichment deal with the P5+1, European diplomats quickly, and angrily, rejected it.

“This is completely unacceptable,” one EU diplomat declared, saying the union was in the process of penning its common response, a rejection that may spell the end to the promising negotiations that have gone on all month.

In September, Iran proposed a system of third party enrichment which would allow the nation to create medical isotopes without having to enrich any uranium to levels higher than needed for its energy generation program. After intense negotiation the draft agreement had Iran exporting much of its existing low-enriched stockpile to Russia and eventually France.

The “eventually France” part was a stalling point for Iran however, as France had previously reneged on Uranium Hexafluoride shipments to them and Iranian MPs expressed concern that the French might simply keep the uranium once it got to them.

This led Iran to propose today’s compromise deal, the chief aspect of which was that they would ship the uranium out in stages rather than all at once. This would have limited the potential losses to their stockpile in the event the deal fell apart. 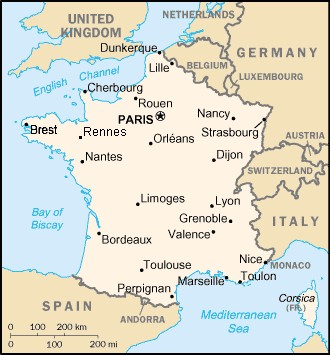 But for Europeans, getting Iran to hand over the bulk of its uranium all at once was the best part of the deal, and they appear uninterested in continuing negotiations without that, which will likely also make Iran all the more suspicious that France will ever give back the uranium once they get their hands on it.

Iran’s current uranium is enriched to 3.8%, but Western officials have speculated that if they chose to, the nation might be able to further enrich this uranium to the level needed for weaponization, and eventually could produce a single atomic bomb. This would require a lot of luck on Iran’s part, and since their enrichment facilities are under IAEA surveillance would also require them to make their intentions obvious before they could even begin the mad dash for a bomb.